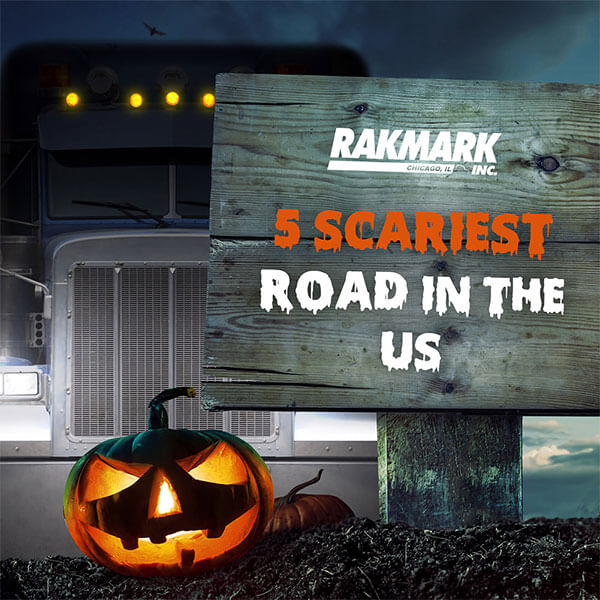 Halloween is just about here, we wanted to share stories about the 5 spookiest roads in the US. Scary and dangerous roads and driving conditions are something truck drivers face almost on a daily basis, but in this blog, we wanted to explore the supernatural, mythical and mystical.

After all, it wouldn’t be Halloween without sharing some spooky stories.

First up is the ever-feared Clinton Road, which is probably familiar to you if you come from, or spend a lot of time, in the New Jersey area. However, if you haven’t heard about the horrors of Clinton Road, you are in for a treat.

Over the years, people driving on this spooky road have reported seeing phantom headlights appear out of nowhere and follow their car until they got alarmingly close, and then simply disappear without a trace. You can only imagine how unnerving that is.

As if disappearing cars weren’t enough to turn your hair gray, there is also a story about an abandoned circus zoo. There are several stories about what happened to the animals; some say that they broke loose and have been roaming the woods, while other stories take a more sinister turn and claim that because of cross-breeding there is a possessed albino deer lurking on Clinton Road.

If you are brave enough to actually drive along this road, you’ll reach Ghost Boy Bridge at one point. It is said that a little boy drowned there, so now when you toss a coin over the bridge, the boy tosses it back up.

People have also claimed that ghosts and witches haunt the road, as well as that satanic activities take place near the ruins of Cross Castle, so supposedly a bunch of weird masks can be found on the site.

Vermont might be the home of some of the most romantic and amazing B&Bs, but it’s also where the Pig Man comes from. On Halloween eve, in 1951, a 17-year-old boy called Sam went missing and was never seen again. Over the years, rumors started spreading that Sam was in fact possessed by an evil spirit the night he went missing, which turned him into a hybrid – half pig, half-human.

Legend says that Sam slaughters pigs and eats their raw flesh, after which then he hollows out the pig’s head and wears it like a mask. People have been reporting seeing Sam, or rather Pig Man, crossing the road for years, and some even claim he caused several accidents.

The Gold Rush caused a frenzy in the 1800s, and countless lives were lost during that period, but only one man stands out in this story. One man, and his love of gold.

Prospector’s Road in California is almost an idyllic road, were it not for a ghost haunting it. This is the ghost of a boastful man, who was bragging about his gold findings to other miners. The miners didn’t really appreciate this, and the man ended up being murdered. Today, he can still be seen haunting Prospector’s Road, suddenly appearing before hikers or peering out of bushes saying: “Get off my claim.”

The number 666 is well known and often feared, which is why it was renamed to U.S. Route 491, but in folklore, it is still known as the Devil’s Highway or the highway to hell. Located in the Four Corners where the borders of Utah, Colorado, Arizona, and New Mexico meet, Highway 666 is surrounded by amazing scenery filled with tall cactuses and beautiful rocks. But, don’t be fooled. As the legend says, there are many more deviant and malevolent forces operating there.

Considered to be one of the most haunted places in the U.S, Highway 666 is said to be the home of the Hounds of Hell that shred tires on moving vehicles. The rate of unusual fatalities happening on the highway has lead people to believe that there must be some evil spirit causing them. There is even a story about a black sedan that appears out of nowhere and charges at other vehicles on the road, only to disappear into thin air. Other legends include skinwalkers roaming along the road, pale spirits, and even a haunted red semi driven by an evil spirit.

Chicago has its fair share of creepy stories, but a lot of them come from one place – the part of Archer Avenue that stretches between Resurrection Cemetery and St. James-Sag Church. This part of the avenue meanders through forests and passes several cemeteries and lakes, each with their unique, chilling stories. There are stories of ghostly monks haunting the area around St. James-Sag Church, a “Gray Baby” lurking in Sacred Heart cemetery, and even phantom horse riders crossing 95th and Kean.

However, the most famous legend is about Resurrection Mary. You see, Mary was out dancing with her boyfriend one night when they had a terrible argument and Mary left for home. On her way home, she was hit and killed by a driver who left her lifeless body lying on the road. She was buried in Resurrection Cemetery, but soon after people reported seeing a young girl hitchhiking on that same road. If anyone stopped when she flagged them down, she would get in the car and ask to be let out at the cemetery… and then disappear.

Legends and folklore make driving down eerie roads much more interesting, but it’s important to remember that these roads have a bad reputation for a reason. It might not be because of supernatural, evil forces, but it’s probably due to poor visibility or road conditions, so even though an evil spirit probably won’t cause an accident, drivers should stay alert and be extra careful anyway. 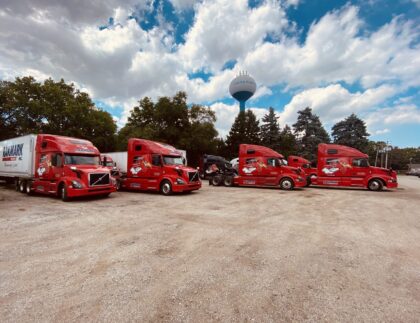 vamtam-theme-circle-post
 Category Drivers
There are around 3.6 million professional truck drivers in the USA. Truck driver jobs are...
Read More 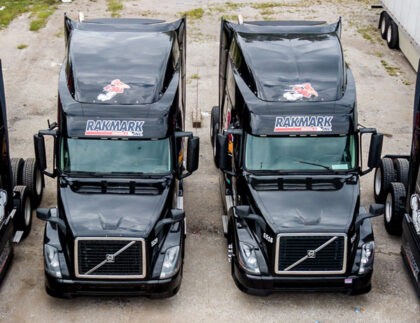 vamtam-theme-circle-post
 Category Drivers
2020 has not been an easy year, it brought a lot of new challenges and...
Read More 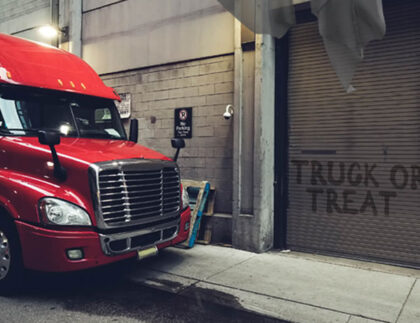 vamtam-theme-circle-post
 Category Drivers
The spooky season is upon us. Halloween is one of our favorite holidays. It is...
Read More 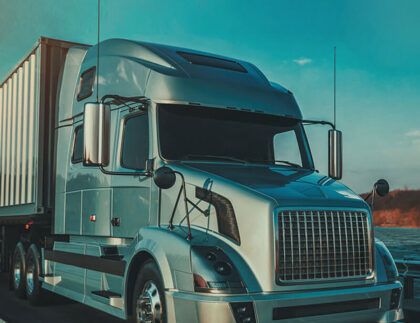 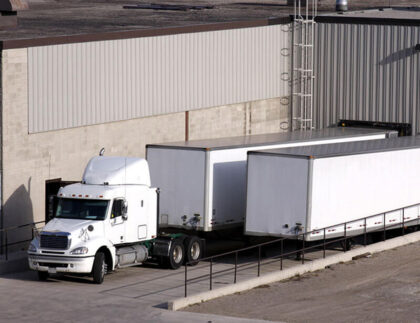 vamtam-theme-circle-post
 Category Drivers
Almost every job you go on will start and finish on a loading dock. Even...
Read More 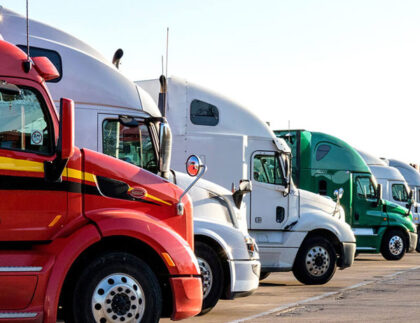 vamtam-theme-circle-post
 Category Drivers
Truck drivers have been a very important link and the first responders who kept everything...
Read More 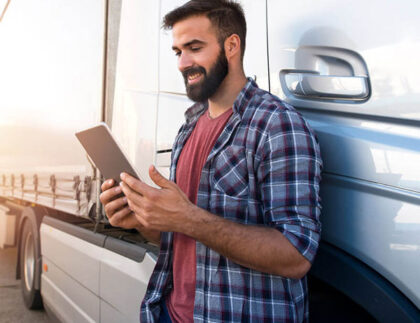 vamtam-theme-circle-post
 Category Drivers
Being on the road doesn’t always leave a lot of time for hobbies and activities...
Read More 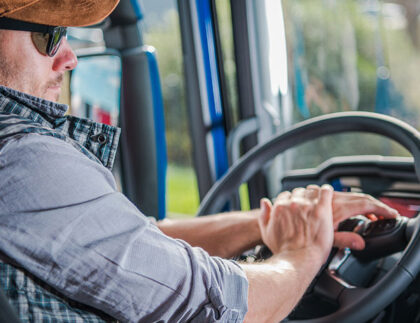 vamtam-theme-circle-post
 Category Drivers
The summer is well on it’s way, temperatures are high and the weather conditions can...
Read More 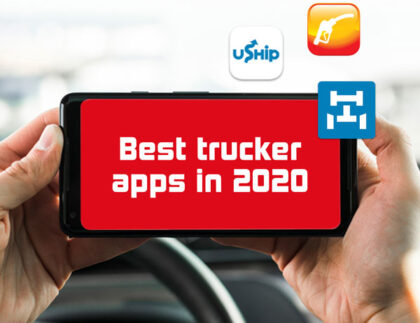